From Yachts and Yachting - Chris Hawley.

Results (note these re not correct for DNF, which shoudl be 44 points): http://www.northamptonsailingclub.org/results/2017/supernova_open_2017.htm

The weekend of 2/3 September saw the Supernova fleet descend on Northampton Sailing Club once again for their Inland Championship. The event was billed in advance as the clash of the titans between Cliff Milliner and Mike Gibson - long story short Cliff won and retained his title!

Unfortunately the curse of Windguru resulted in a somewhat depleted turnout on the Saturday morning. The lake was calm and remained that way all day, so no sailing could take place - fortunately the Committee and Race team made the early call to cancel racing and reschedule with 5 races planned for Sunday. As a result, texts were sent out and a number of other sailors turned up late afternoon ready for Sunday's competition.

As a result, Saturday became a day of bimbling in the sun, a walk of the lake and for many an early visit to the bar. It also featured an excellent impromptu technical session from Cliff Milliner covering "tactics, strategy and rules". As well as a good social the Saturday evening also featured a slightly "fruity" AGM where the potential of tapered battens was discussed at length.

With more than a few sore heads on Sunday morning, the epic Northampton breakfast was welcome relief before taking to the water. 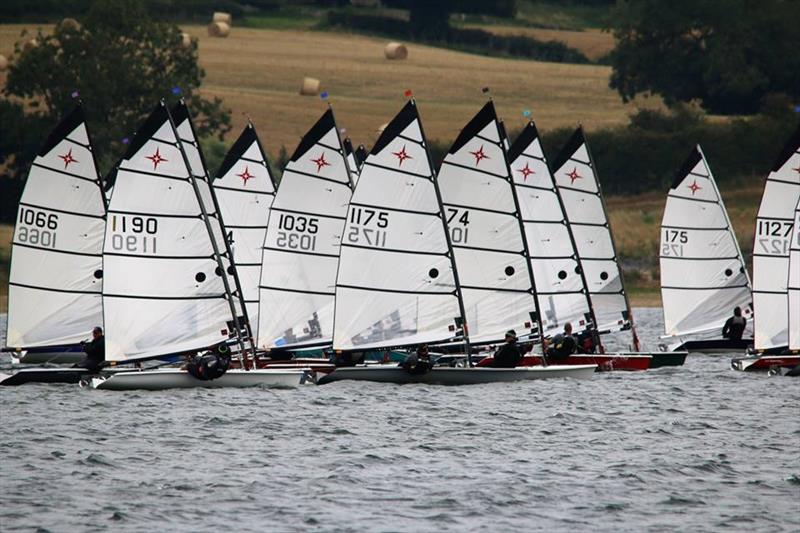 The first three races were held back to back in an incredibly shifty force 3 breeze. We are looking forward to seeing the drone footage from Bright Sky Videos who were in attendance through the morning. Milliner took line honours in the first race (a sign of things to come!) followed by Tim Hand then Gavin Young.

The second race featured an interest "beat" into a huge wind shadow. Matt Biggs' hangover had clearly gone, improving his 10th in race 1 to a win. Tim Hand second again, and Milliner third. 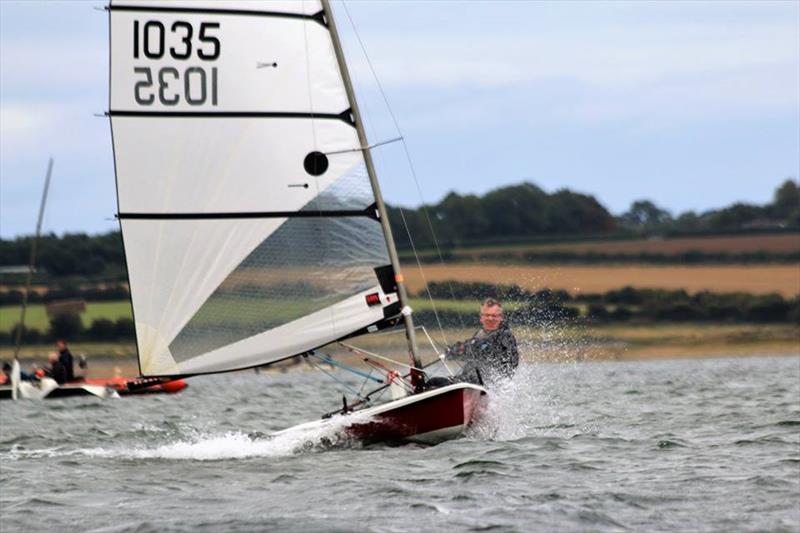 The wind continued to shift round for the third race and was starting to be cleaner down the lake. After a re-set course and a general recall, the fleet was away cleanly. Milliner showed determination to take the win, followed by class newcomer Doug Horner then Mike Gibson.

A well earned lunch and some scratching of heads over strategy provided sufficient respite before heading out for the afternoon races. During lunch the wind had settled and built to a steady force 4 gusting 5. 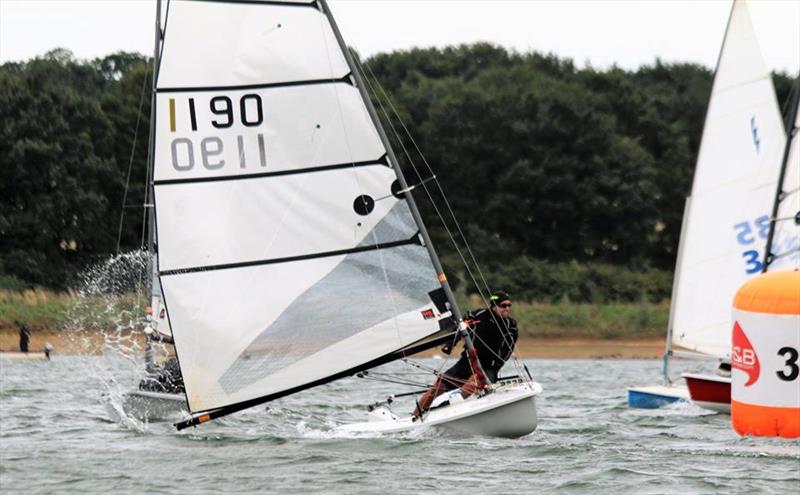 A depleted fleet took part in the final race, with Milliner taking his 4th win of the day (and securing the championship) followed again by Young and then Pakes.

With plenty of competition and close racing through the fleet an excellent day was had by all.

The next event for the Supernovas is the Noble Marine travellers event at Bartley Sailing club on 17 September. We home to see you there.